The Prophet’s Gift is Their Voice 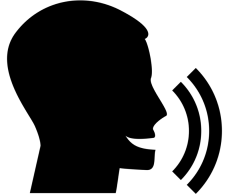 The key verse for the Prophet is 1 Cor. 2:4 (KJV) And my speech and my preaching was not with enticing words of man’s wisdom, but in demonstration of the Spirit and of power:

The prophet has a need to speak. It’s part of their gift. The challenge for the prophet is to not speak in the name of God unless they meet the conditions of 1 Corinthians 2:4. The prophet’s Voice calls us to align with the plumb line of what God is saying.

Unfortunately, sometimes their voice is an echo of their human spirit and not Holy Spirit. This does not mean they are a false prophet. A false prophet speaks knowing they are false. Instead, it may just mean they are inexperienced at discerning their own voice from God’s. Therefore, all prophecies are to be judged. It is a protection, not an attack, against our imperfections. A true prophet wants their words judged.

Don’t think the enemy wants to stop the Prophet from speaking, quite the contrary, he wants them to talk a lot. He just doesn’t want them to stop being an echo of God’s voice. Instead of a clear word from Holy Spirit, he wants their voice to become mixed with their soul and no longer a clear word, but still call it God. This causes confusion and misdirection in people.

The prophet that no longer has a clear voice says things that look like meat (God’s word)–but only at a distance. When you get close, you realize that the meat is past its prime, is decaying, death has set in, is man’s wisdom, and the tree of knowledge of good instead of the tree of life.

It is the same battle for all of the gifts. For instance, the Apostle’s gift is the word Build instead of Voice. Their key verse is…1 Cor. 3:9-11 (KJV) For we are labourers together with God: ye are God’s husbandry, ye are God’s building. According to the grace of God which is given unto me, as a wise masterbuilder, I have laid the foundation, and another buildeth thereon. But let every man take heed how he buildeth thereupon. For other foundation can no man lay than that is laid, which is Jesus Christ.

False apostles never stop building and the enemy does not want them to. He just wants them to build on the wrong foundation thinking it is God.

You can tell a true prophetic voice-it sounds like God’s voice–it is clear, simple, and usually brief.

Ecclesiastes 5:7 (NIV) Much dreaming and many words are meaningless. Therefore stand in awe of God.

Proverbs 10:19 (NIV) When words are many, sin is not absent, but he who holds his tongue is wise.

Helpful? I hope so!